Almost 2 years ago I started using Brave Brower as my main browser.

I have just one main reason: It blocks ads on YouTube. I don’t know how they do it but it’s amazing. So so amazing that I’m using it to watch videos on my phone, it’s a little inconvenient at first but I’m already used to it. It does not use any extension, it’s a built-in feature. Nothing to enable, nothing to check. I had tried before to block YouTube ads using a Pi-Hole but I failed miserably.

There’s a hidden feature I’m not sure how it works yet, video playback when the screen is locked. Sometimes it works, sometimes it doesn’t.

The next step is to uninstall the YouTube app so the links friends and contact send go directly to Brave.

Back to the Road

After almost 40 days-off the bike (road or mtb) I came back today in what ended been a longer ride than planned.

First thing I would like to tell you is that I got surprised about how dark the road was at 5:30am, if it wasn’t for my flashlight it would had been a very difficult and dangerous ride. In 30 minutos I was in Chinandega where Carlos was supposed to be waitting for me and together hit the road to Corinto. But Carlos wasn’t there, tried to reach him by phone (directly to voice mail), Whatsapp, no luck.

At the gas station were about fifteen riders ghatering, preparing, getting snacks. I had seen these guys before, they’re pros, good riders, federated riders so I’m not interested in riding with them. Theres no fun in being left behind at the first explosive acceleration. No news from Carlos yet.

It took me 1 minutes to decide, I went toward them and started to spontaneously chat with random guys. They told me the plan was ride to León and visit another rider friend of them that was recovering from a surgery.

Rolling to León was a pretty good experience. It was my first time rolling in a peloton even when in fact I was left behind at the fist explosive acceleration 5 kilometers before entering León. I was perseverant and continued pedaling alone even when I did’t know where we were going (the convalescent boy was their friend not mine), looking intensivelly for the last rider I could spot to get that last turn that let me catch them.

Long story short, I went up to visit a convalescent man that had no idea who I was but was very moved of seen his sikbed surounded by friends. After an hour or so of jokes and enless conversations about bikes, components and upgrades, the return was on.

Suffering. It was all suffering. 20kms of suffering. I was in a group of 5 riders. The group was packed for about 5 kilometers when two riders started the escape. I was nowhere close in position to respond neither interested. The reminder 2 riders where focused on keep me on track at a average speed of 30km/h. I was behind them protecting from the wind the whole trip.

At the end, the ride by the numbers:

Thanks to those guys who kept with the rooky.

In the most recet tme who you consider your must beloved teacher: Wikipedia or Yourtube?

When I was young in my twenties most of the world’s knowledge was concentrated in a single website “Wikipedia”. An almost plain text webpage linked upside down and left to right. I can clearly remember my friend Denis downloading the 15 x 700mb CDs that Wikipedia provided to their users so you can use the enciclopedia offline. (Did the word offline gave you goosebumps too?).

For years Wikipedia keeps in the top five of every Google search, you had to be really focused to not spend your time in the computer following links

Nowadays things has changed a lot, if I need to find out how to do something at home or an algebra homework first thing is ask Youtube for it.

Youtube has became a great teacher, I have heard of boys learning to play the gitar by just watching videos, a girl compiting in a break dance competition who learned to dance watching videos, make up, home repair, tech, people telling their experiences living in a new country, news, sports, politics, everyting.

As in Dantes Inferno, there’s another ring in this paint Live Streming. I won’t go down there for today.

Video has something special because everybody wants to do it. All the big companies had developed a video streaming platform in one or other way. Facebook has it, Instagram has it, Twitter has it, even LinkedIn has it.

Some time ago I heard about a book named Streampunks: YouTube and the Rebels Remaking Media that I would like to read to know more about this phenomenon, but in the meantime you can hear this interview with it author YouTube Chief Business Office Robert Kyncl. 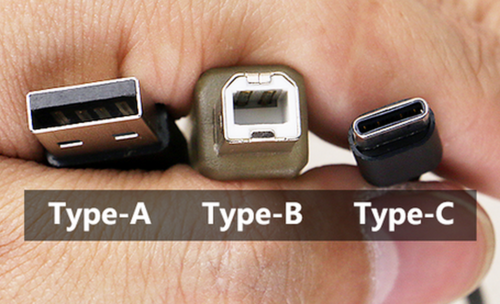 #NowPlaying – Do the Evolution by Pearl Jam ♫

@Dicedotcom: The average annual salary for #AWS professionals is $104,331 #SkillsCenter